When you book with an account, you will be able to track your payment status, track the confirmation and you can also rate the tour after you finished the tour.
Sign Up

Or Continue As Guest

When you book with an account, you will be able to track your payment status, track the confirmation and you can also rate the tour after you finished the tour.
Sign Up
364

Do not hesitage to give us a call. We are an expert team and we are happy to help you.

Why Book With Us?

The ultimate Garden Route and Eastern Cape experience. Spot abundant wildlife by exploring three national parks along the south eastern coast – including Tsitsikamma -, Wilderness- and Addo National Park. Swim in the Indian Ocean, surf the famous waves of J’bay, have close encounters with ostriches, cheetah, elephants and even walking with lions! Set your sense of adventure free and get your adrenaline pumping by taking part in a selection of exhilarating adventure activities, like Bungy jumping & Waterfall Ziplining in paradise.

A firm favourite among visitors and locals alike, South Africa’s famed Garden Route offers a generous dose of the great outdoors, where nature and adventure combine in one perfect playground. Country roads perfectly frame both the rolling farmlands and endless flora and fauna. The landscape dramatically changes – from wine farms to untamed wilderness, Tsitsikamma forest to mountain ranges – as the kilometres pass.

You’ll cover some ground on this adventure. There’s optional bungy jumping or ziplining for the thrill-seekers and canoeing in Wilderness or a quick swim in the warm waters of the Indian Ocean for the nature-lovers. Add in hiking in Tsitsikamma National Park, the sounds of silence in Cango limestone caves and prime game viewing at Addo Elephant National Park, home to the densest population of wild elephants on the planet. Plus, you’ll come nose-to-beak with the planet’s largest birds in the feather capital of the world – Oudtshoorn, and walk with the biggest land mammals on the planet in the Klein Karoo. And, if the mood takes you, you can learn to surf on some of the world’s top-rated waves or put your goofy foot forward with a spot of sandboarding in Jeffreys Bay.

Expect surprises on the palate from the ubiquitous seafood on the coastal belt and Klein Karoo specialities like lamb and ostrich that are best finished off with some of South Africa’s best Cape Ruby ports or Port-style wines at a Calitzdorp winery. It’s only fitting that you’ll then cruise down the picturesque Route 62 – think Route 66 with more wine and bigger hospitality – for a spot of wine tasting before heading back to Cape Town’s European cosmopolitan vibe.

WHY YOU’LL LOVE IT
*Paddle through the staggering scenery and abundant birdlife of Wilderness.
*Experience a rush like no other when you jump from one of the world’s highest bridge bungy spots!
*Soak in the views of Knysna and its surrounds from atop the sandstone heads.
*Zipline through dramatic scenery and over waterfalls in the Tsitsikamma forest.
*Walk through the luscious Tsitsikamma forest over suspension bridges with views of a secret beach.
*Sandboard your way through the dunes of Jeffreys Bay.
*Get beak to beak with the world’s biggest bird at an ostrich farm.
*Hang ten on the world famous Supertubes in Jeffreys Bay.
*Get close to nature as you learn more about indigenous plant species, insects, birds and wildlife on a Buffelsdrift 4×4 bush safari.
*Head deep underground to the illuminated wonder world of the Cango Caves.

±400km
Start with a morning pick-up from your accommodation in Cape Town.

In the anticipation of the journey to come, it’s easy to daydream and miss the ever-changing scenery on your first day’s drive from Cape Town. You’ll wind your way through mountain passes where lazy baboons line the roadside; through fertile micro-climates with rows and rows of grapevines and rolling farmlands. A morning stop at Riviersonderend allows those with change in their pockets to indulge in the South African penchant for home-baked pastry like the creamy and delicious milk tart (Melktert) that the country claims from its Dutch origins.
Onwards the abundance of aloe lining the roadside near Albertinia and provides plenty of Instagram opportunities with bigger-than-big succulents. By stark contrast, the oasis-like towns of Wilderness and George en route are surrounded by lush national parks and an afternoon canoe paddle provides the perfect setting to bird watch and enjoy the clean wild air.
For those that savour a relaxing evening, tonight’s end destination – the coastal towns of Sedgefield or Knysna – promises just that.

±200km
Pristine wild and adventure go hand in hand on this adrenaline-packed day. From a morning spent admiring the views from the imposing Knysna Heads to ocean and river views atop Bloukrans Bridge, the world’s highest commercial bridge bungy jump or ziplining over a gushing river gorge in the Tsitsikamma forest before you get ‘me-time’ to traverse more lush forests via suspension bridges and hiking trails in Tsitsikamma National Park. Choose your adrenalin activity; either Bungy & Zipline or Waterfall Zipline in nearby Tsitsikamma forest. Some forest free-time is on the schedule for those who don’t want to partake in any of these optional activities.
The bungy bridge itself is fairly unassuming as you drive over it, but it’s pretty apparent from the squeals and screams that this isn’t your average photo stop. Here, seemingly normal people hurtle face first down the 216m drop only to spring back up on their elastic cord like a yo-yo. So if you’re feeling daring, why not face your fears and have a go?
Or for those choosing a more relaxed thrill, zipline through dramatic scenery and over waterfalls in the nearby Tsitsikamma forest. Over 40 adrenaline-packed minutes you’ll complete eight individual slides (the longest is 211 metres in length), traverse no less than three waterfalls and slide down one breath-taking gorge.
This region is a playground for the outdoors, and for those who’d prefer to keep their feet on solid ground a visit to the lush forests of the Tsitsikamma area provides the requisite photo opportunity. From birding to game spotting and waterfall chasing; your Tsitsikamma to-do list will be absolutely jam-packed.
As you head to the coastal belt, paradise-like towns such as Plettenberg Bay show why it and the Tsitsikamma National Park are favourites with holidaying locals aplenty. The short but steep walk to Tsitsikamma’s suspension bridge is worth it for the views alone and you’ll likely get a thrill as fellow explorers test its swing factor.
The large white caps (or seahorses as the locals call the wave crests) of Jeffreys Bay mark your departure from the official Garden Route and your arrival into South Africa’s quintessential ‘Surf City’. Hang ten with the locals, hire a board and hit the beach, sandboard on the dunes, shop and slip into a relaxed frame of mind.

±250km
A pre-dawn wake-up call might seem hard to take at first, but trust me, it’s worth getting an early start for your Addo game drive to see even more wildlife as the bush awakes. Your guide will use their experience to pinpoint the whereabouts of the park’s big game animals while deftly navigating the maze of dusty dirt roads in search of most of the Big Five from the safety of the tour van.

The early morning start means free time in the afternoon and J’Bay’s surf shop village – with its discount outlets – is perfect for shopaholics. But, if you’ve always fancied learning to surf, then this town or the sand slopes beyond it are the places to put your goofy foot forward and try to surf, opt to try sandboarding or a calming beach horse ride along a secluded beach near J’bay.

±300km
South Africa delivers on its contrasts with landscape and lifestyle as you leave the Indian Ocean shoreline behind and wind your way through the Langkloof Mountains to the arid lands of the Klein Karoo. Here, the ostrich reigns supreme. Bird-filled paddocks line the highway with colourful feather stalls and show farms around every corner as you head into Oudtshoorn. The palatial sandstone homesteads stand tall, harking back to an era when ostrich feathers were worth more than gold.
A visit to the Cango Ostrich Show Farm gives you a glimpse into the farming industry, allowing you to observe the world’s biggest bird beak-to-beak.
Now it’s time to delve deep underground into the magical Cango Caves’ limestone chambers, alive with drip formation stalactites and stalagmites and remnants of Khoikhoi paintings. Opt for the easy-going Heritage Tour to test the cave’s acoustics and gain insights into the formation and dripstone evolution. Or, by contrast, the Adventure Tour allows would-be contortionists to squeeze, twist and wiggle their way through limestone chimneys on a rather more adventurous underground route.
Subject to availability, return to the wild for an optional 4×4 bush drive with a knowledgeable game ranger at Buffelsdrift Private Game Reserve for a possible sighting of resident wildlife. This bush safari will bring you closer to nature as you traverse the tranquil reserve and learn more about the local flora.
Oudtshoorn hospitality is second-to-none, and the serving sizes are generous. Ostrich steak or kebabs complete the experience for those with an adventurous appetite. If you have the chance to try the Karoo lamb or local ostrich, don’t be shy – they are delicious.

±400km
As dawn breaks in Oudtshoorn, South Africa’s sunniest town, join an optional stroll with rescued elephants – you are in Africa after all – along the dam wall at the Buffelsdrift Private Game Reserve. Gentle giants, Jabari, Malaika and Bulelo made this their home after their parents were poached in the north of South Africa. This experience will have you following in their massive footsteps, making memories you’ll never forget.
After your morning adventure, it’s time to head back to Cape Town along the famous Route 62, modelled after America’s Route 66, but with a distinctly local flavour. Route 62 is more than just burgers and beers, farm stalls or small country towns, the highway is also the longest wine route in the Western Cape. Oenophiles will be in their element with a wine pit stop to sample wines en route to Cape Town.

End with an evening drop-off at your Cape Town accommodation 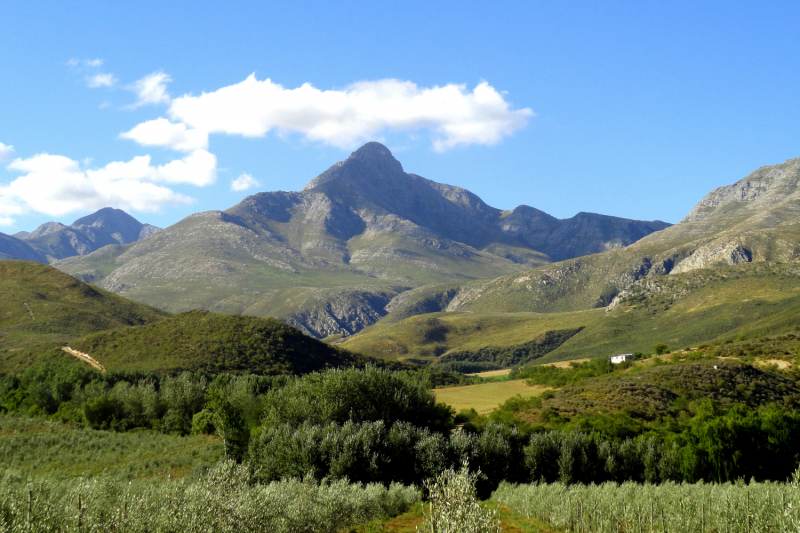 From$1,847.00
15 days
Camping Group Tour
Cape Town - Johannesburg
South Africa, Lesotho
Min Age : 18+
Max People : 28
Travel along one of the most picturesque coastlines in the world from Cape Town to Johannesburg, past the Garden Route, […]
0
NEW 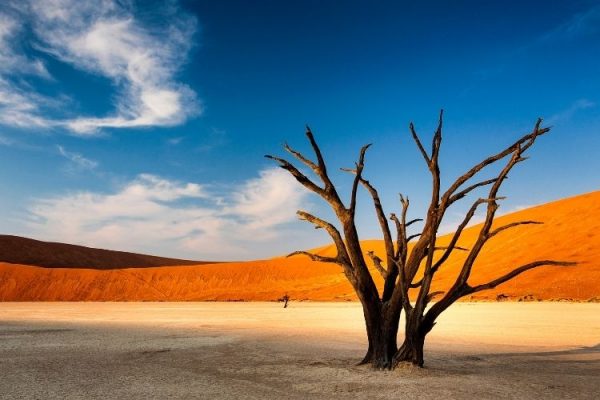